Learn about the BTS schedule on February 21, 2020, Releasing the Soul Map - free24online

Home bts Learn about the BTS schedule on February 21, 2020, Releasing the Soul Map

Learn about the BTS schedule on February 21, 2020, Releasing the Soul Map 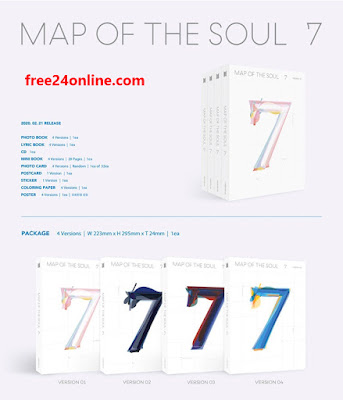 CANCEL ALL YOUR PLANS ON FRIDAY, SCHEDULE OF BTS ON FEBRUARY 21

MAP OF THE SOUL: 7 ALBUM RELEASE & KINETIC MANIFESTO FILM MV FOR THEIR SONG 'ON' 6PM KST

this is what happens on Melon,  South Korea's biggest music platform, and the US iTunes when BTS release an album US armys pls buy the tracks separately to make this happen again

“Map Of The Soul: 7” by BTS has surpassed 4 MILLION global pre-orders. It is already the best- and fastest-selling album of 2020 so far.

What an exciting day!