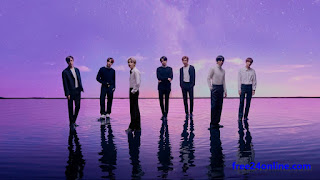 [Notice] #BTS 'Map of the Soul Tour: North America' (April 25 - June 6) has been postponed and will be rescheduled to a later date.

All tickets will be honored for the new dates and new info will be shared as soon as possible.

"BTS BTS: 7 tour in North America, which was scheduled from 4/25 to 6/6, will be rescheduled to another date. All tickets will be used on the new dates which will be announced as soon as possible."

NA concert dates are that are between 25 April to 6 June will be moved to a later date. All tickets will be honoured for the new dates. New dates will be announced soon

This will affect ppl who have already bought flight and accom but this is in the best interest of health and safety for everyone, audience, staff and Bangtan alike. This ks the reality we exist in now