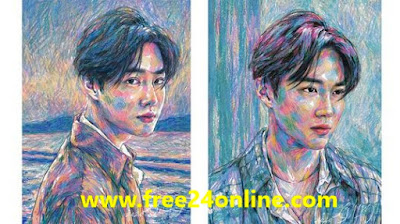 We conducted an interview with Soho in order to demarcate the owl
SUHO 수호 '사랑, 하자 (Let’s Love)' MV
Interview with Soho for his debut album:
Question: Your use of the band's slogan "Let's Love" as the title of the lead song, this means that you have a lot of affection for the band, what does Aksu mean to Soho?
Soho: Aksu ... they are Soho himself

Within 30 years of my life, I spent 15 years with the agency, in the nature of EXO and EXOOL my life
Question: How did the members react to it, and did any member of you who drew as a solo previously give you advice?
Soho: Instead of giving advice, it will be more than using "to love" the title of the main song. Members said that the song has a meaning for Aksu and Alaxwal, and they also showed a lot of support.

Question: Let's love?
Soho: I am sure all songs on this grammar are "Let's love", a song that allows you to feel different feelings depending on the atmosphere, regardless of whether the day or the night

Question: Aksu often do powerful concepts, which side of you would you like to show as a solo?
Soho: It is not a strong dance song, I tried to express it in a linguistic and emotional way through my personal story, I tried as much as possible to be honest

Question: How did your cooperation with Yunha happen? And in the future, with whom do you want to cooperate?
Soho: As for the side song For You Now, it was supposed to be a solo song, but I felt it would be much better if she had a feminine voice, I suggested that we record the song with Yunha.

Question: I suggested that I record the song with Yoonha, and I would like to thank her for agreeing to order the heat, and also, I liked Nell a long time ago. It would be great if I could cooperate with them in a theater in the future.

Question: What was the most interesting thing about me?
Soho: There is nothing I did not care about, but I think I gave more attention to the words, because I wanted to communicate with Xwals and anyone else so I put in a lot of sincerity while writing the words.

Soho "All my sincerity is sincere for my solo demo, what does EXO mean to? They are my life itself" translation of the full interview "

Q1: Your thoughts about your solo appearance?
A: It is music that I have never shown to Axuals before singing with EXO and of course the people who like folk music. I wanted music to have my own color, and even though I really look for it because it's something new,

You were involved in conceptual planning, what part of the planning was / was your idea (s)?
A: In general, I proposed the concept. While on a trip abroad, I got a lot of inspiration from Van Gogh

And I said I wanted to have an album with a concept like "Self - Portrait". I tried to express that through the cover of the album Lyrics and making the album in general. The production team and I had several meetings to discuss how best to present "Soho" and took a lot of initiative in making the album