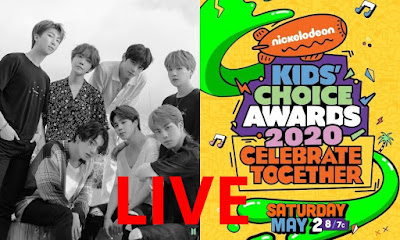 The 33rd Annual Nickelodeon Kids' Choice Awards (officially titled “Nickelodeon’s Kids’ Choice Awards 2020: Celebrate Together”) are scheduled to be held virtually on May 2, 2020, hosted by Victoria Justice.
..
Asher Angel is set to perform during the ceremony. It will air live on Nickelodeon and in a domestic simulcast with several other Viacom CBS cable networks, and live or tape delayed across all of Nickelodeon's international networks.

It will be the first time where the awards ceremony will be held virtually due to the ongoing coronavirus pandemic, and the smallest-scale ceremony since 1987, when the first ceremony, entitled that year as The Big Ballot, was a part of the existing series Rated K: For Kids by Kids, and was made up of only pre-recorded award acceptances after balloting.
Nickelodeon will present a $1 million donation to No Kid Hungry in support of people affected by the pandemic.

The following are confirmed to make an appearance via video at the ceremony;