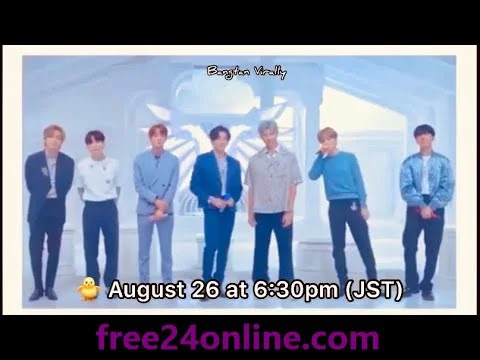 RADWIMPS will show off the new song "Natsu no Seiei" with a special production unique to the program. The Tokyo Incident, which was restarted in 2020, sang two songs, a new song "Red Alliance" and "Anyone Girl".

In addition, Hamasaki, who will be appearing on TV for the first time in 2020, will debut the famous song "You & Me" and the new song "Dreamed a Dream" that will make the summer more exciting.

Then, two sets from Korea, BTS and SEVENTEEN, have decided to appear. BTS performed "MIC Drop", which has over 700 million views of music videos, in the original Korean version, and sang a new song "Stay Gold" that swept the world's music charts. SEVENTEEN will premiere their new song "24H" on TV.

In addition, Mitsushima sings the famous song "Fight!" by Miyuki Nakajima, and Hirate collaborates with Naotaro Moriyama's song "If It's Hard to Live".

Also, a special event unique to the "FNS Kayo Festival" will be decided. Due to the spread of the new coronavirus infection, students from all over the country are struggling with the club activities competitions and games that they have been trying hard to cancel.

In addition, it has also been decided to show off the summer song that excites the hot summer with a medley unique to the FNS Kayo Festival.

In addition, AI of the 20th anniversary of the debut and Kumi Koda collaborated with each other's songs "Story" and "Ai no Uta", and Eire and EXILE NAOTO (EXILE / 3rd generation J SOUL BROTHERS) collaborating on the topic of "perfume" ..