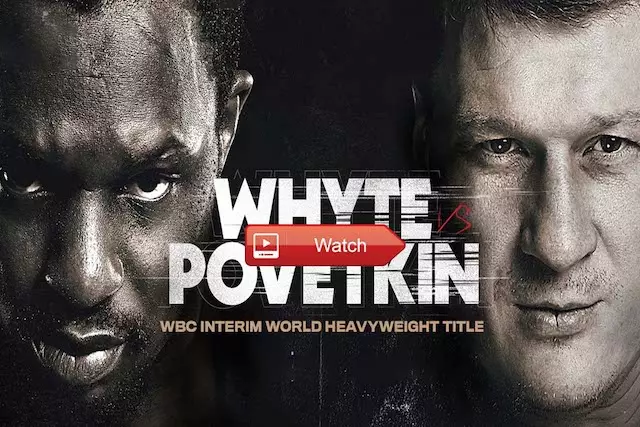 Boxing: Dillian Whyte vs Alexander Povetkin 2
The "Body Snatcher", also known as "Rumble on the Rock", knows that he has to beat the Russian knockout specialist if he is to keep his world championship dreams alive.
Whyte was brutally stopped by Povektin in the first fight in the fifth round of their fight last August when he was hit by an uppercut and knocked him to the ground well over time.
But the man from Brixton, England has vowed to return to winning ways after his second loss in his professional career on Saturday.
Whyte has age on his side as at 32, he's nine years younger than the 41-year-old former WBA heavyweight champion.
As was to be expected, Povetkin had to survive several fights to finally meet Whyte.  Whyte himself was the official challenger at the World Association WBC up to the first fight for almost 3 years.
Both Whyte and Povetkin have both lost just two fights in their entire careers, with the duo being beaten by WBA, WBO and IBF champions Anthony Joshua, respectively.
Povetkin, who drew Michael Hunter in Dubai in December 2019, suffered his first career defeat against Wladimir Klitschko in 2013.
Whyte is one centimeter taller than his Russian opponent and also has a better range (198 cm) than Povetkin (190 cm). The fight next weekend will also be broadcast live on in DAZN.
The German heavyweight Erik Pfeifer (7-0-0, 5 knockout victories) from Erol Ceylan's Hamburg boxing stable will also step into the ring on the undercard of this super fight.  His opponent is the Englishman Nick Webb (16-2-0, 12 knockout wins).