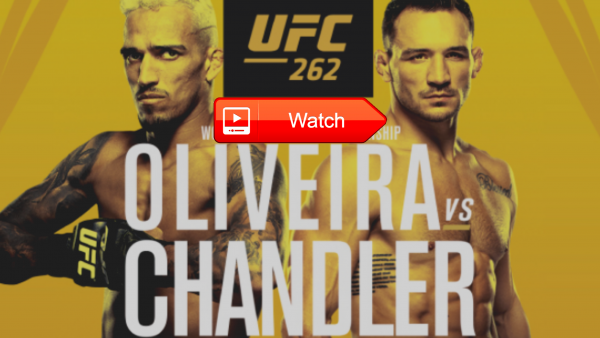 UFC 262 Live Stream: How to Watch Chandler vs. Oliveira on ESPN+
The UFC Lightweight title belt is up for grabs tonight as Michael Chandler takes on Charles Oliveira at UFC 262
Products featured are independently selected by our editorial team and we may earn a commission from purchases made from our links; the retailer may also receive certain auditable data for accounting purposes.
The UFC Lightweight title belt is up for grabs tonight as former Bellator Lightweight World Champion Michael Chandler faces off against Charles Oliveira at UFC 262.
The lightweight title has been vacant since former champ Khabib Nurmagomedov surprised fans by announcing his retirement immediately after defending his title at UFC 254 last October. Nurmagomedov cited health concerns and wanting to spend more time with family as the reasoning behind his early retirement.
Now, it’s Chandler vs. Oliveira in the ring to see who will be crowned as the new UFC champion.
UFC 262 takes place tonight, Saturday, May 15, 2021 live from the Toyota Center in Houston, Texas. This is the first UFC event to take place outside of Fight Island in Dubai or outside of Las Vegas, since the pandemic started.
What Time Does UFC 262 Start?
The UFC 262 main card starts at 10pm EST / 7pm PST. The prelims start at 8pm EST / 5pm PST, and the early prelims are on at 6:30pm EST / 3:30pm PST.
How to Stream UFC 262 Live Online
UFC 262’s main card pits Michael Chandler vs. Charles Oliveira in a Lightweight Championship title bout. This is an exclusive pay-per-view (PPV) event, and the only way to watch the fight is to get UFC 262 on ESPN+.
Here are three ways to live stream UFC 262 on ESPN+.