Mauricio Lara and Josh Warrington will meet for the second time in their careers tomorrow evening in their highly anticipated rematch, which will be streamed live on Saturday night on DAZN from Headingley Rugby League Stadium in Warrington's hometown of Leeds, England. 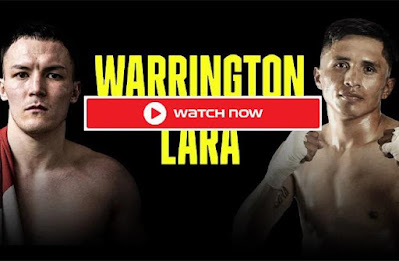 Mauricio Lara weighed 56.9 kilos ready to fight, little more than his weight when he clinched his biggest career win earlier this year with a 9 round knockout against Josh Warrington.  Warrington weighed in at 57 kilos, a little heavier than in February.

The fight comes seven months after Mauricio Lara (23-2-0, 16KO wins) shocked the world with an impressive 9th round knockout win over Warrington.  Josh Warrington (30-1-0, 6 KO wins) was unbeaten up to this point and had just voluntarily returned his IBF Featherweight Title in the hopes of beating Lara and then a world championship fight  with the then featherweight world champion Xu Can, in order to be able to carry out the WBA world title.

Instead, Warrington must now try to make the only defeat of his career forget again.  Born in Leeds, England, Warrington made a welcome homecoming at the official weigh-in, where the cradle ceremony took place in front of a raging crowd from his hometown.  Warrington did not experience any love on the scales, however, as both boxers had to be separated after an intense star down, which almost turned into a fight before the actual fight on Saturday.